Founded in the summer of 2017, Storied: San Francisco is an audio and visual documentary about artists, bartenders, community leaders, doctors, lawyers, and business owners who have one thing in common—San Francisco is a place where they live, work, or do their thing in. The stories of people, the stories of places, they need to be told.

This project is a collection of stories about life in San Francisco and the Bay Area. We want to further enrich the experience of being here by learning about the many people who've come before us, as well as those who continue to add to the feeling that this place is special. It's also about getting to know your neighbors through hearing their stories. And we hope that you'll be inspired by the people you meet here.

We stand with the BIPOC community, especially those folks in the Bay Area, and all who fight for racial and social justice and equality.

Head over to the Episodes section of the site to hear and read about the latest stories. Please follow us on Twitter and Instagram. We're part of the BFF Podcast Network. You can also find us and subscribe on:

If Apple Podcasts is your thing, please take a minute to rate and review this show there. It helps us get the word out to more folks.

You can also find us every Wednesday at 9 a.m. and again at 7 p.m. on KSFP Radio (signal is best when you can see Sutro Tower).

It wouldn't be right not to give props to some podcasts that inspire us, so here you go:

And, last but not least, this project wouldn't exist with the inspiration and guidance from Erin Lim (founder and cohost of Bitch Talk) and Producer Char (of Goto Productions). Thank you, ladies!
​
Thanks, and we hope you enjoy! 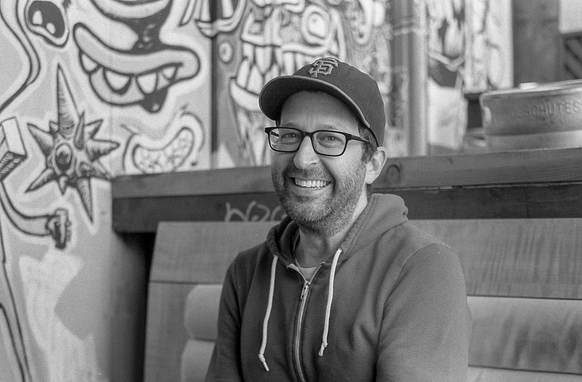 I moved to San Francisco in 2000 largely because of the music, art, and culture of this vibrant town. My journey into storytelling began in 2008 when I co-founded Muni Diaries. We produced biannual live storytelling shows starting in 2009, and in 2016, we launched a podcast.

I've taken what I learned with that project and used it as a foundation for Storied: San Francisco. I want this to be a place for rich, insightful, diverse, and inspiring stories. In the podcasts, people share their stories in as natural a way as possible: through conversation.

I love San Francisco's natural beauty, its diversity of characters and neighborhoods, its history (complicated though it is), its funkiness, weather, restaurants, and bars, among other things. I worked near Emperor Norton's Boozeland back in 2016, and soon met Michelle. I was blown away by her photography, and we hatched this project together.

The goal is to share what it is about this place—the people, the places, the stories—that makes it so special. 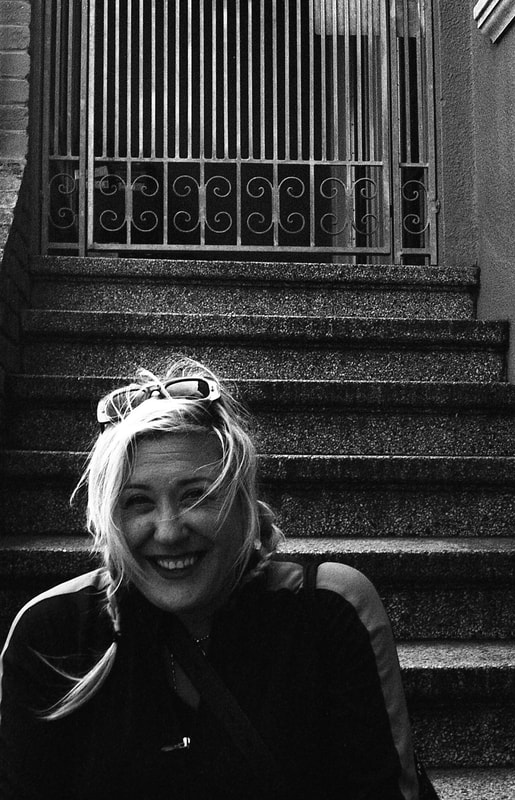 I'm Michelle, and I take photos of the storytellers for the project. My goal, similar to Jeff's, is to capture who they are in their own element.

I moved to San Francisco in 1999 right out of art school because I was creatively inspired by the city—its culture, its architecture, the mix of people here, and the worldliness of the city.

When San Francisco started to change in the early 2010s, I felt the need to document the things that inspire me in this city as they were disappearing rapidly. Doing so drew me away from painting and illustration and into film photography. For me, film photography is a hands-on, more tactile medium than digital photography. It trusts you to go with the flow and makes you stay in the moment.

As for subject matter, I've lived in the Mission for 18 years. The neighborhood was a huge inspiration for my art, and as it changed dramatically, I started to document the people and the places of the Mission, and then spread out to photograph other parts of the city as well. This turned into long photo walks throughout San Francisco. For more of my street photography, follow me on Instagram: @luckykilfeather

In 2016, I met Jeff at Boozeland, where I bartended from 2013 to 2020. We talked a lot about our mutual love of SF, including the things we were losing. His art was storytelling; mine was documentary street photography. Out of those talks, we decided it would be awesome to combine the two, and the idea for Storied: San Francisco was born.